The research of a unifying principle that directs the vision relies on the time of creation. To the breath of the encounter of ten individualities whose urgency is to deposit a sign, a color of one’s own passage. Common work. Without commanders to point the direction. The fire is on the individual, on the power of his presence and on his ability to sustain the community. Rethinking a policy of becoming. Or the becoming of politics. The theatre becomes an occasion to illuminate the mysterious relationship between sign body and meaning. Landscapes and figures emerge between concreteness and abstraction. A subtle and unknown movement organizes the continuous tuning and clashing of differences. The body becomes material that can be crossed, it does not impose but exposes itself to potential meaning, it becomes material available to the eye of the beholder. The non-narrative of a shipwreck. Or perhaps a homage to those who before us have placed the human at the centre of their vision. The search for a writing that does not develop in the confrontation with an ordering theme, but that is rooted in the specificities and the dynamics of relationship of ten artists of the contemporary scene, and becomes a sounding board for the motifs that they keep. 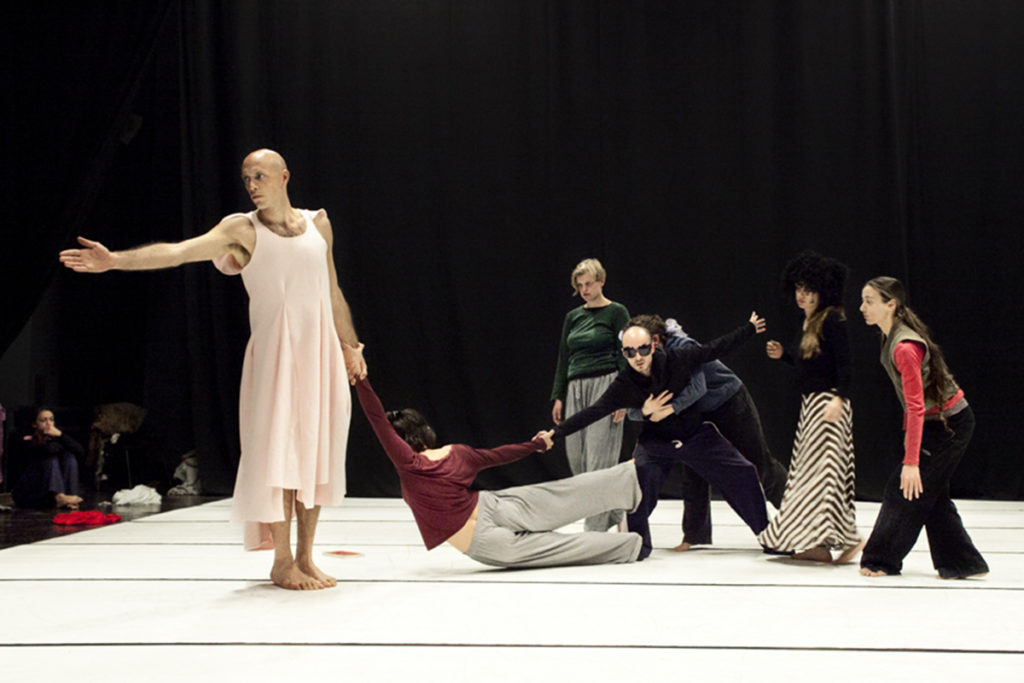