Italian Dutch based choreographer, Gabriella studied dance, philosophy and music and graduated in the Theaterschool of Amsterdam/ SNDO in 2002; since then all her creations have been produced in Holland and performed through out all Europe. She has won the European competition “satelliti” (sosta palmizi-Junge Hunde), the first dansclick tour in Holland, the Aerowaves in London. She has been produced by Dansmakers Amsterdam from 2005 till 2012, co-produced by Dansateliers Rotterdam and many different Dutch and International partners; she has also been part of the research centre DANSLAB Den Haag in years 2009-2011. Since April 2013 she creates her own dance company and she was co-founder of the group AREA 59 and the dance studio SPAZIONUDO in Amsterdam. In 2017 she opened the space SHOWROOM in Trevignano Romano (RM) together with musician and technician Giovanni Cavalcoli and in collaboration with the dancer Matilde BIgnamini. She is often invited to teach her original language which combines floor work, improvisation and visceral approach to movement. She taught in dance academies as ARTEZ Arnhem, Theaterschool Amsterdam, CODARTS Rotterdam, HJS Amsterdam, Fontys Tilburg, IALS Rome, Circle Rotterdam, MODEM Catania,CID Rovereto and other venues in Bolzano, Arezzo, Mantova, Milano, Ostuni, Brussels, Paris, Utrecht, Brazil, Bucharest.

“The work of Gabriella Maiorino is considered to be strong, physical, innovative, raw and extremely brave”. 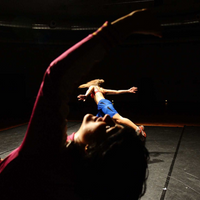 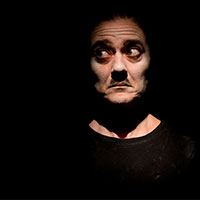