Born in Foligno (PG) in 1976. After approaching the theatre, she trained as a dancer at the Dance Gallery in Perugia directed by Valentina Romito and Rita Petrone. She later perfected her skills through masters and seminars in Italy, Paris, London and New York. Among the most significant meetings for her specialization we find: Nadine Abad, Antonella Bertoni, Simona Bucci, Carolyn Carlson, Bruno Collinet, Alan Danielson, Raffaella Giordano, Julyen Hamilton, Jim May, Milton Myers, Cherry Nichols, Giorgio Rossi, Simone Sandroni, Vicky Shick, Ted Stoffer, Ivan Wolfe. She studies voice and emission techniques with Bruno de Franceschi. In 1999 she began her career with the company L’Impasto by Michela Lucenti and Alessandro Berti (now Balletto Civile); later she worked as an interpreter for other companies like: Sosta Palmizi, Deja Donne, Compagnia Secondo Taglio, Giardino Chiuso, Compagnia Menhir, Compagnia Rodisio, Compagnia l’Estuaire di Ginevra. She has collaborated in several projects with Tetraktis Percussioni. From 2008 to 2011 she danced for Carolyn Carlson, at the CCN of Roubaix Nord – Pas De Calais. She participates as author in the project Workspace Ricerca X, Research & Dramaturgy edition 2017 and 2018; project realized within the project Residenze coreografiche Lavanderia a Vapore 3.0 / Piemonte dal Vivo.
Since 2003 Amina Amici signs her choreographies: four solos dedicated to “Maria o dell’appartenenza”, a duo “per tre corpi forse, prologue”, the solo “Resti Lontani” and the quartet “Vuoti d’aria”. From 2009 to 2017 she was an associate artist of the Associazione Sosta Palmizi. Through her knowledge of feldenkrais she opened up her interest in deep organic and anatomical techniques. This interest was then deepened in New York by attending the classes of Klein Tecnique, a technique previously known in a seminar with Yasmeen Godder. Reference for choreographic writing to the work of Trisha Brown for the cleanliness and incisiveness of the gesture, the use of the body in an anatomical and organic way. Starting from this example, the interest looks at choreographic practices that manage to combine technical rigor and theatricality. Moreover, an important reference for the entire artistic trajectory is iconography, through the medium of painting and sculpture, especially with the works of Mantegna, Botticelli, the early Picasso, Giacometti, Bill Viola. The solid knowledge in the field of bodily particles such as Klein Tecnique, Nikolais method, the in-depth study of Shiatsu and a professional education in the field of contemporary dance and the new theatre have made it possible to create a personal and very peculiar synthesis. 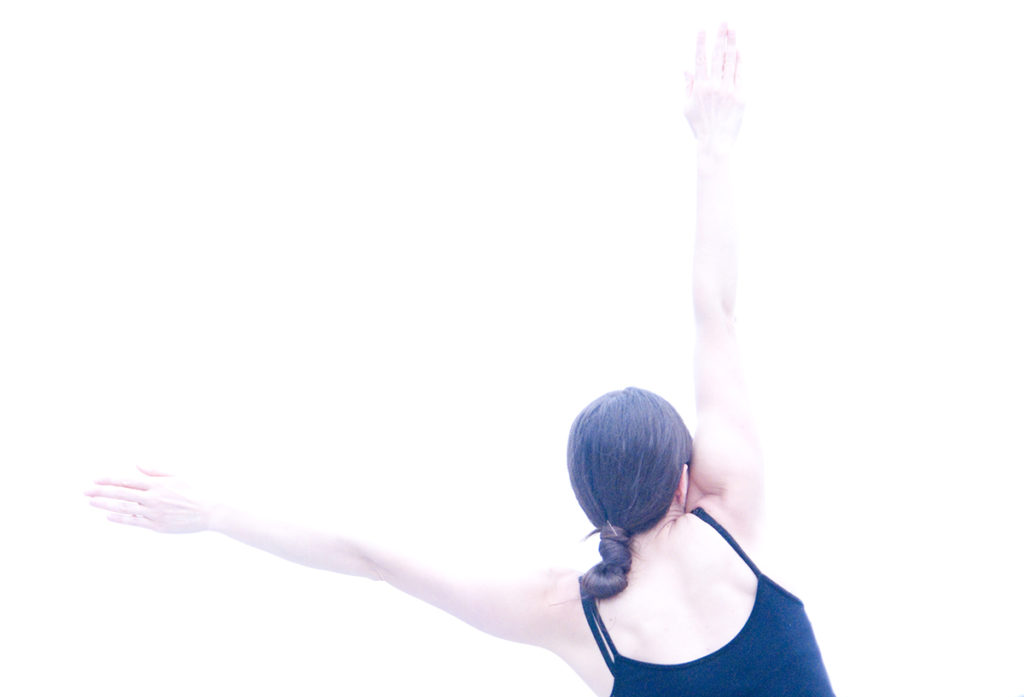