The performance is part of a research on the mixing of languages by Sosta Palmizi, PACTA dei Teatri and INAF, with the aim of making the scientific approach to the interpretation of reality ‘living’, in order to contribute to bringing students closer to scientific subjects.
Like a theatrical-scientific jam session in which astrophysics, dance and prose alternate, entering and leaving the game of stage revelation and narrating the universe with lightness and depth. The actors, in a sort of story telling, alternating with science fiction stories and poems, pick up the cues provided by the dancers and vice versa, in a continuous flow in which we question ourselves, through various styles and suggestions – movement, music, words, verses – on the great themes of the Universe.

The texts and scientific suggestions that link the actors and dancers are original creations by one of Italy’s leading astrophysicists and popularisers Stefano Sandrelli, head of Inaf and a collaborator of the European Space Agency, who has published numerous works with Feltrinelli, dedicated to children and adopted as school textbooks, including Nello spazio con Samantha (2016) written with the collaboration of astronaut Samantha Cristoforetti.

The meeting of the experience of Sosta Palmizi and PACTA dei teatri was born as an evolution of previous experiences cultivated in their respective worlds of reference: dance and prose.
Giorgio Rossi, already since 2016 has been working on the staging in dance of suggestions linked to planets and the Universe with the children’s performance Costellazioni. Pronti, partenza…Spazio!. There the ‘space wheelchair’ is already the protagonist, which returns in Black Black Sky Performing Universe as the engine for a new journey into space in which Giorgio Rossi himself is also on stage with a dance solo. The journey is joined by the performers of PACTA . dei Teatri. The theatrical intervention is based on a dramaturgical operation that sees the PACTA actors as characters ‘escaped’ from their repertoire plays.

The performance in digital format:

During the period when the theatres were closed, the project of the work was realized and is proposed as an experience of digital fruition through the realization of a video available to organize streaming events (for schools or general public), followed by interventions of the theatre and science experts involved, in dialogue with the audience, also in live streaming. 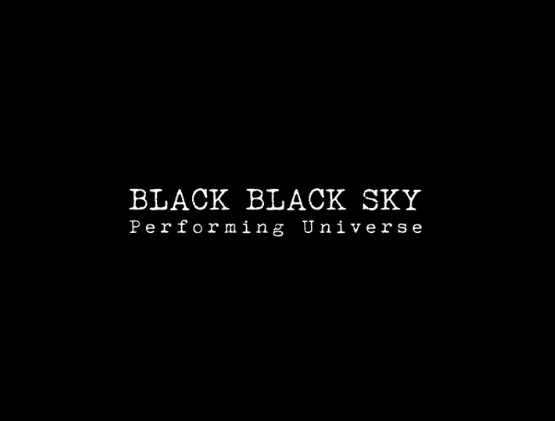 Other production by Giorgio Rossi