The Company was founded in 2004 by three young artists: Elena Burani’ Fabio Nicolini’ Francesco Sgrò’ with the name Tripla Suerte. In 2007 two other artists were added to the initial nucleus: Roberto Sblattero and Piergiorgio Milano’ the company changed “shape and weight” becoming the Collective 320Chili. The five artists merge their different technical skills in a research that investigates on the one hand man and his nature and on the other the boundaries between theatre’ gesture’ dance and circus disciplines’ that no longer simply represent themselves’ but become the necessary substratum for the show to tell its story. The Collective has created the performances: Invisibile (2007) co-produced by the Associazione Sosta Palmizi and Quattro x Ora (2009); in 2010 it won the Equilibrio Award with the short form of the show Ai Migranti. 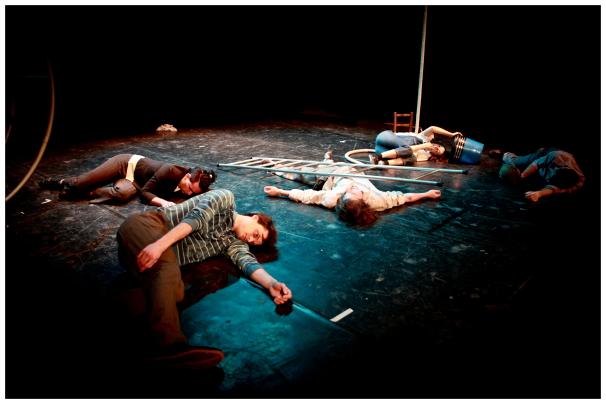 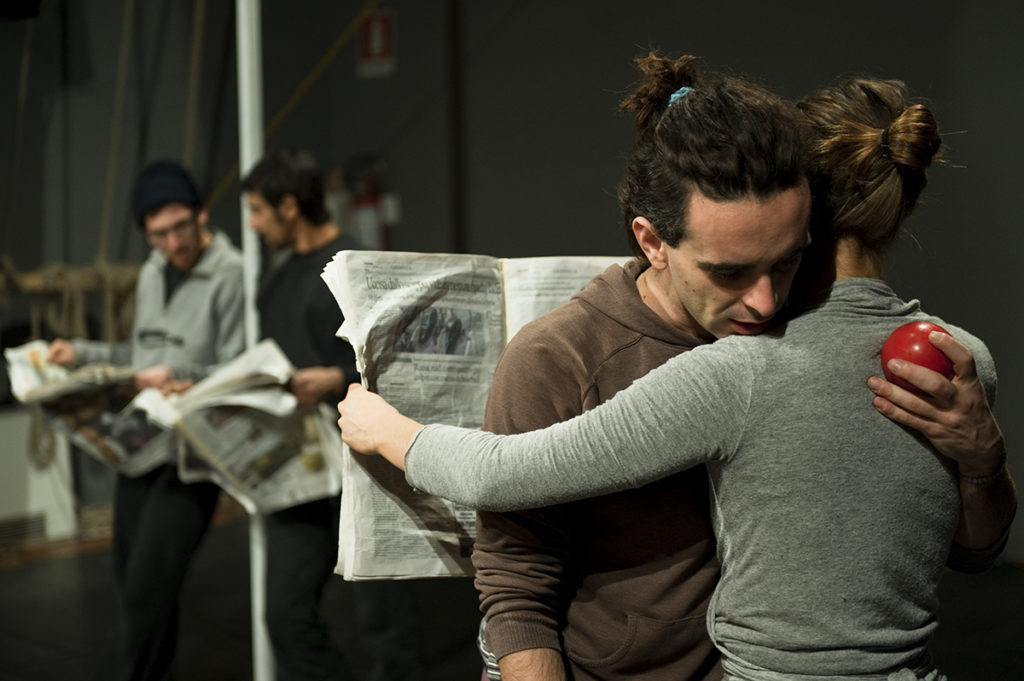