Varco is a journey: it is a rite of passage, an initiatory journey, a process aimed at deepening a knowledge not only of this world but also of other possible worlds, of other dimensions; it is an exploration centred on the discovery of oneself and one’s own potential, but also of one’s own dramas, psychological dependencies of the family and childish obsessions that return.
And a crossing of this kind is always the result of suffering, of painful experiences, of cruelty, of ferocity, in a territory suspended between dream and waking, imagination and reality.
The means that allows us to make a pilgrimage to this ideal place is the dream’ being itself a journey that one undertakes alone towards the unknown’ a journey in search of one’s own identity, one’s own psyche and the sediments that make it up.
The dream induces us to travel through the labyrinths of the unconscious’ probing its territory, exposing fears, anxieties and desires that emerge as intimate revelations in reflections of an unexplored experience.

Since the process through which the experience arises is the same both in dreams and when awake because it consists of the projections of our mind and the meaning we attribute to it’ it seems interesting not to deal with a world of illusion but with everyday life situations’ emotions of the human soul that often fail to express themselves or resolve themselves in reality and return to take shape in the dimension of the dream in a visionary’ creative and poetic key.

What we use to identify the dream landscape are the symbols hidden in our archaic thinking. They refer to the original experiences of the birth’ death’ of animals and sacred symbols and come to life during sleep in moments of deep crisis and great change. The symbol arouses deep feelings and even the most trivial daily event can stimulate the emergence of archetypes experienced by previous generations.
Moreover, the symbol contains in itself a possibility of transformation’ living in the dimension of the project’ of the non-yet because it does not have a stable definition and can be interpreted.

The pole, one of our scenographic elements, is a universal symbol that represents the deep essence of man’s relationship with transcendence. With its verticality it unites heaven to earth, the sacred to the profane, the visible to the invisible and it is also an expression of life itself that regenerates itself incessantly.

Often the “center”, the starting or absolute point of all things is imagined as a vertical axis or cosmic axis that, located at the center of the universe, crosses the sky, the earth and the underworld.
The wooden pole that we use has holes in which rungs are planted, a metaphor for steps through which, as if on a ladder, the souls of men ascend towards the divine or the oneiric. But once overturned, knocked down to the ground, the axis that in normal position indicated the ascension of matter in the spirit, indicates and underlines the descent of the spirit into matter with its gravity.
The other scenographic element is a wooden table on which you can glimpse through the cracks the intimate layers of the structure that draw a sort of wound. The table transforms itself during the performance, taking on different meanings; it is the shelter, cage, wall and window, prison of body and spirit, place of rest.

Varco deals with the unconscious world of two characters who make a journey of liberation from co-dependencies and the search for possible happiness.
Here the couple’s relationship is used as a metaphor for mental and social ‘points of reference, structures that if on the one hand support and develop our identity’ on the other limit and slow down, sometimes, the process of self-awareness to the point of arousing a sense of emptiness and bewilderment when they are missing.
In a world where the environment is invaded and replaced by the built one, the power of unknown places moves further and further away until it becomes unattainable. Moreover, despite our adult mind maps, getting lost is an ever dormant experience.

The first scene opens on a wide and silent landscape in which the two characters act in a state of disorientation, without precise reference points. They are “here” but ‘”here” does not correspond to “where” they would like to be. The bewilderment of the female figure represents not being elsewhere but not being able to match her location to a specific place. She is, that is, out of place.
Her fear of “getting lost” is sometimes stronger than her own “getting lost” because it means being adrift’ at the mercy of the presences of places’ without any of the certainties due to the habit of “settling” in our place or places in the fabric of reality.

The fear of the unknown is as if it somehow paralyzes: the female figure is carried and moved in space, in her arms or on her shoulders like a child (acceptance of addiction). The male figure, instead, represents in this situation ‘the one who in bewilderment continues to determine, reconfirm the buoys around which to move, the reference points that determine ourselves as set individuals.

He carries out the repetitive action of planting wooden pegs around a pole, symbol of “settlement”, whose meaning in turn indicates a process’ an action, a dynamic.
His role is that of “founder”, the one who has to tame a place previously uninhabited or inhabited by others. The territory, for those who have just arrived is chaos, a land whose power he must recognize, to seek it out or avoid it, to strengthen or weaken it, but “in any case to distinguish the place as a place”.

Once the construction of the pole is completed, the characters take a step up from their lost situation. The two walk together opening new horizons’ new possibilities. They use the feeling of possible and imminent danger, transforming it into the sense of adventure, of the “conquest of space” that is, of new spaces for their movements’ of new places, the enlargement of their mental map.

In this scene there is an attempt to free oneself, from the dramatic consequences of losing oneself, of learning to orient oneself, of not needing a guide to get out of the meanders and pitfalls of the surrounding environment. Attempt to dominate the fear of, ending up, in the indifference and dispersion that surrounds us and find our points of reference among them.
The man who embodies the clothes of a character with a strong and emphatically authoritarian character, who has concealed his fears so as not to show weakness, living and resolving emotions in silence, comes into contact with his inner self and what had been his strength turns against him and like an inner ghost chases him. A feeling of embarrassment and inadequacy invades him and emerges on the surface creating anxiety.

The shadow of himself becomes the enemy to escape from.
The woman, imprisoned by a wall, represented by the table in a vertical position, remains with her eyes fixed behind the window panes as witnesses now accomplices, now judges of what is happening. The window symbolizes the contradictions of the soul. “La fenêtre unit la fermeture et l’ouverture, l’entrave et l’envol, la cloture dans la chambre et l’expansion au dehors, l’illimité dans le circonscrit”.(Jean Rousset)

However, the window represents a borderline situation and the glass is a border of transparency and obstacle between the outside and the inside world.
The glasses that present themselves closed as a defence at the beginning, that act as a protective screen from the raw contact with reality, seem to turn into an ideal opening towards the freedom of infinity.
A body captive of a closed space seeks an escape route and at the same time preserves the interior as a luminous and intimate space of inner research.
Sometimes the window remains wide open on an abyssal void and that glimpse of liberation, represents the way through which destructive anguish can penetrate.
The glass acquires depth, opening perspectives full of mysterious unknowns.
Here the window is understood as an abstract mental limit whose opening “allows a passage to a distant suggestion” full of questions.
It is fascinating that we continue in a certain sense to dream ourselves ‘both in the dream and in the material dimension and therefore to think that the world is a dream’ that there is no place where the dream is interrupted.
Where is the boundary between dream and reality?
… 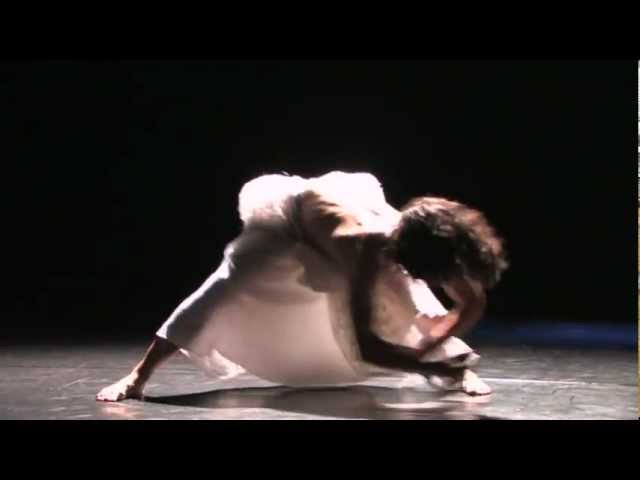