The work, at the beginning, is always that of preparing a pure and fertile ground, the space is “empty” and in silent wait, listening to receive the body, acting, first rationally blind but already deeply impressed, marked by life and memories.

It is natural for me to leave the space to the unknown and to keep a distance from clear references, to interfere as less as possible with the will to tell, in virtue of the fact that action and event anticipate our intention are conveyers of a not yet understood meaning. It is not a rule but a process, which is sensible of variations and subject to interferences that become part of the complex and restless space of creation.

It is chaos, that I accept as long as I resist, to which I give space and time to reveal itself and to which I address myself with full, obsessive attention, where everything is tense to perceive what is hidden behind, what wants to be said, until from this apparent disorder, through a strange sort of alchemy, or through its very nature, if addressed by intuitive skill, slowly an order is created and the patterns already inscribed in it reveal themselves, the grooves to run along become clearer and actions, in their becoming, compose themselves through associations not always rationally explicable/tangible, but in the best of cases, alive with their own tension and to be followed with attention.

This new creation, is born under a different light and it starts with a precise choice, a “fixed” musical presence, ineluctable, a measure with which to draw up the accounts, a first groove through which one creates the first relationship; two pieces by Schönberg, Die Verklärte Nacht op.4 (1899) and Das Lied der Waldfaube, Lied from the Gürrelieder (1901)

Music in continuous becoming, where romanticism splits, touched by the first atonal infiltrations. Within this relationship two strong tensions: on one side the wish to return to a childhood dream, when the attraction towards a pure dance, without any kind of smudge, was moving me without reason, where the meaning didn’t rest in anything but in the gesture itself, something authentically unique and feasible only through that precise form of expression, on the other side, as a complement, the wish of measure and reason.

The gesture and the sign that articulates in the space, even though foundation and fundamental, were leaving more space in the previous writings to the untold, the sign occurred breaking up in essential scores, it revealed itself only where Poetic considered it necessary in relationship and pertaining to the unveiled theatrical tension, but never the dancing action organized itself or was recollected by reason in order to fully develop itself, giving space only to its nature, making it more visible.

Now, the attention and the work’s point of view shift, without denying the ones before, but attempting, this time, to make closer, to mould in one face reason and intuition, geometry and poetry. 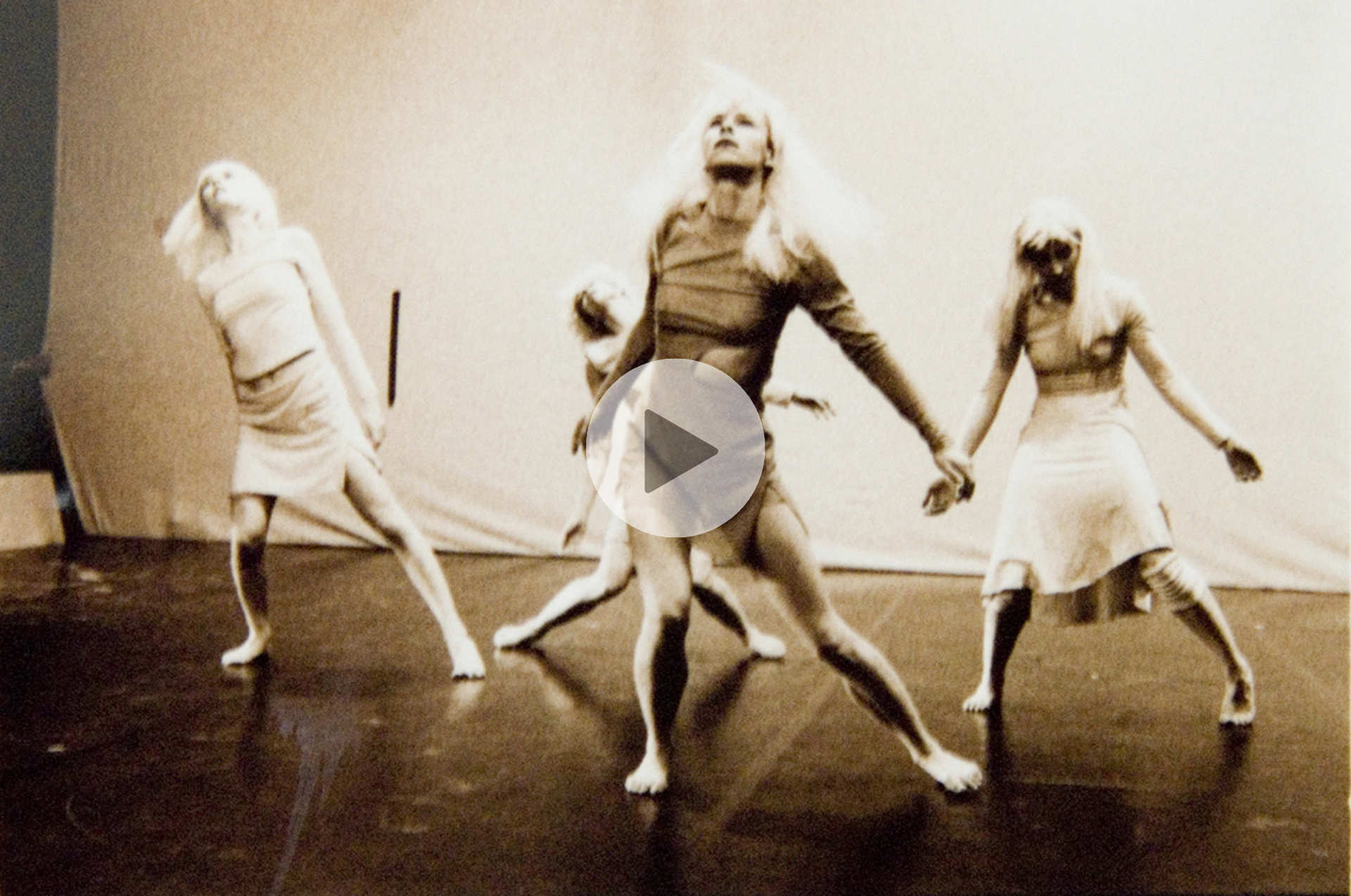 One of the most important dancer and choreographer of the Italian contemporary dance.  Raffaella Giordano once again wins the Prize Danza&Danza.  In 1990 she got recommendation from our magazine as best interpreter.  Today she wins for her language and expressive impact in her last piece in two parts The Transfigured Night and The Chant of the Dove, of which she is the author and interpreter